The Wandering Faith, often called Day 17 is a giant creature made by Trevor Henderson.

The Wandering Faith seems to be a 10-km creature, as shown in the first image, where it appears in a city. In the second photo, it appears again, this time, in a foggy and movement road, only showing its legs and appendages. According to the first photo, its skin color is Black With Grey.Trivia 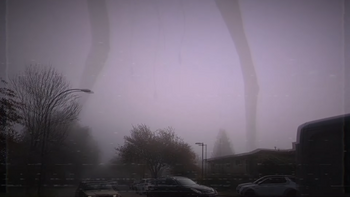 a fanmade image of The Wandering Faith carrying highway worm 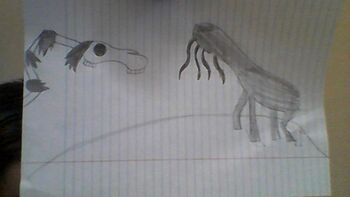 Wandering Faith Standing Up
Add a photo to this gallery
Retrieved from "https://trevor-henderson-inspiration.fandom.com/wiki/The_Wandering_Faith?oldid=152772"
Community content is available under CC-BY-SA unless otherwise noted.