The Lamb is a very unknown and mysterious creature of Trevor Henderson.

The Lamb appears to be a fleshy, four-legged creature, with its legs hanging down from its body, like noodles. Most of the time, it is seen floating in mid-air. Its body is made out of some sort of fleshy, vein-like string, and the "strings" appear to be tangled into one another. It is unknown if the large hole in what seems to be the head of the creature is an eye, or some sort of mouth.

The Lamb has multiple subspecies, either due to rapid mutation or some unknown force. New subspecies are caught frequently, with some being bigger or smaller than the normal variation. 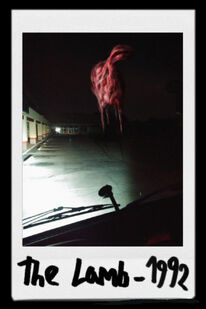 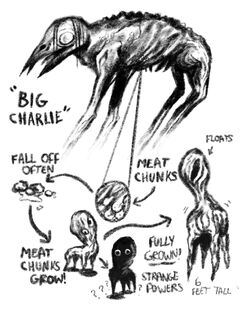 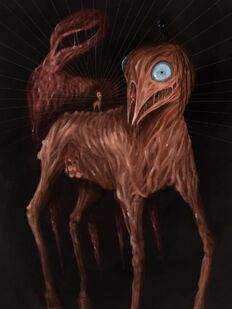 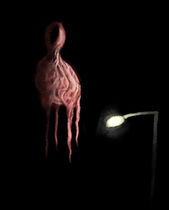 The Lamp near a lamp post.
Add a photo to this gallery 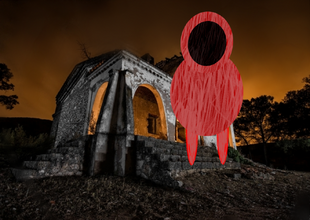 The Lamb flys into hanted house.
Add a photo to this gallery

Fan Made Images made by Fellow Wiki Members!Edit 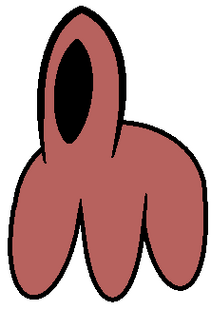 A chibi version of The Lamb, made by EvanVizuett
Add a photo to this gallery
Retrieved from "https://trevor-henderson-inspiration.fandom.com/wiki/The_Lamb?oldid=73753"
Community content is available under CC-BY-SA unless otherwise noted.