Siren Head is a character of Trevor Henderson and was featured in a video game of the same name.

Siren Head is a long, mummified entity which, as it's name suggests, has a head composed of a large piece of wood which acts as a "neck" to support it's two sirens attached to the near ends of said "neck." It is around 40 feet tall and seems to suffer from an extreme form of undernourishment, as implied by the rest of it's body. Siren Head's legs and arms are disgustingly disproportionate, with the arms nearly reaching the ground. Its feet look skeletal, covered with mummified skin. in some depictions, it has around three rib cages, although in others it only has one big one. It can mimic humans and sirens (like the one in the link) to confuse humans (it’s prey).

when you are a very sort of in sounds there sinners

Inspired by how thin and tall siren posts can be, personified into a species

In one of Trevor Henderson's post, what seems to be Siren Head is standing on the side of a road in a suburb, but except instead of Siren Head having 2 sirens on his head like usual he is seen having a lamp head which at first was very confusing but after a while Trevor Henderson finally released a facts sheet on siren head and one of the facts states that "Has been seen with different head arrangements, though it's unclear whether those are a sub-species, or if it's able to change its head to better hide when hunting."There was another photo with the caption of: Siren Head(s). The photo has several different siren head looking creatures with different colors. This implies that there are more than one siren head type.

This creature will hide in forests to spot a human, once spotted, the siren head will stand still in groups of trees, for weeks at a time to finally run quickly at the human and pick up the human to devour them. If a group of people comes, the siren head will eat one of the humans and mimic their voice saying to come to him, he will then proceed to eat them all. If a siren head cannot find any food for long enough, it will travel far, but this can also occur if a siren head sees another siren head.

The siren head when awake, will make snip bits of music, usually sounding a bit like police sirens when it gets a bit loud. Sometimes it will make creaking like noises or alien sounding noises. When it's asleep it will simply make white noise. As it's head suggests, it can make loud siren noises. A con to this creature is when mimicking a voice it is loud, so when you here a "Hey guys come over here" when traveling in a forest and you notice it's coming from afar, you know it's him. The siren head also seems to be able to pick up signals as suggested by some of the sounds it makes heard in the "SIREN HEAD" game. There is a story with twelve soldiers where they met a siren head which started to make siren noises as loud as it can, which caused six to have their brains explode and the other half of the group getting permanent hearing loss. Siren head siren head siren head siren head siren head siren head 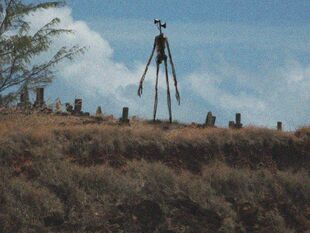 Siren Head at a graveyard.

Siren Head as it appears in the video game Siren Head. 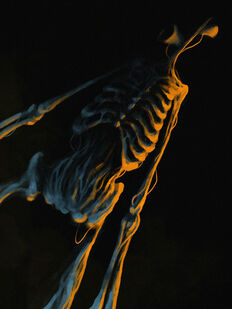 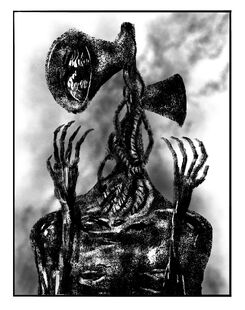 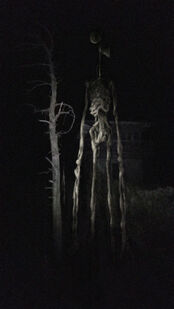 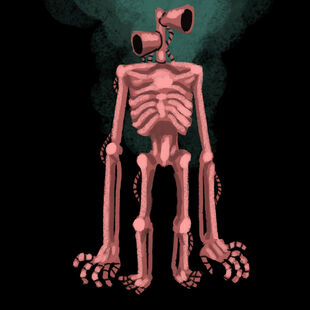 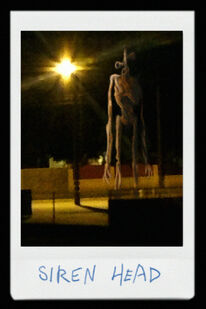 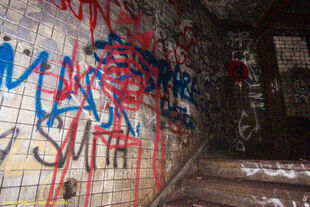 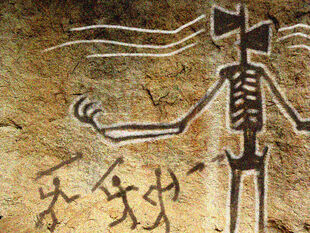 A cave drawing of Siren Head, showing that he has existed in the universe since ancient times. 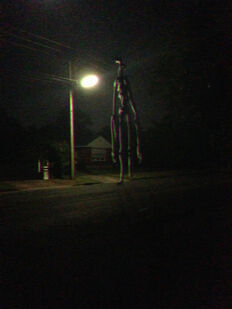 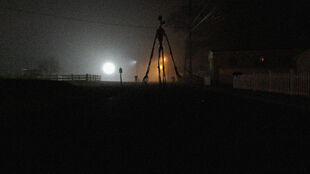 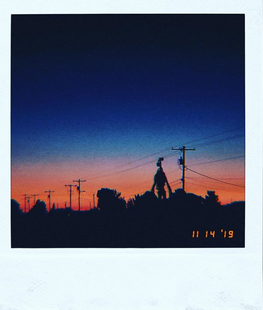 Photograph of Siren Head from 2019. 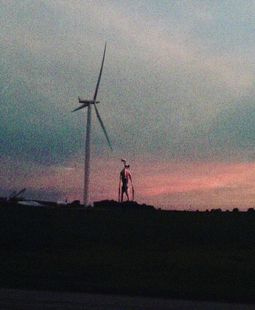 Siren Head far off in the distance. 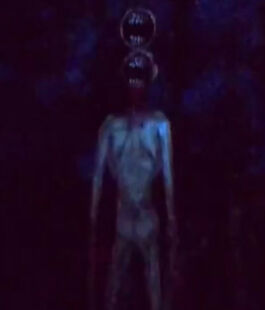 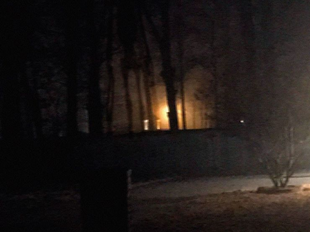 Siren Head walking in a forest. 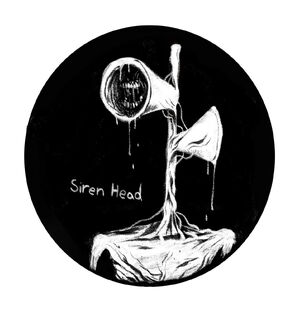 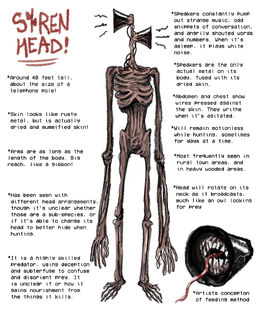 Facts about Siren head
Add a photo to this gallery

Add a photo to this gallery
Retrieved from "https://trevor-henderson-inspiration.fandom.com/wiki/Siren_Head?oldid=2691"
Community content is available under CC-BY-SA unless otherwise noted.