It is one of a kind (NOT A SIREN HEAD)

It is an animated milk carton, therefore it has no gender.

You can destroy to carton you used to summon it to dispose of the creature.

Usually has a white carton, but its skin is similar to that of a cavegium/siren head which is why people may mistake it for one. 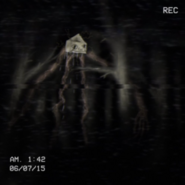 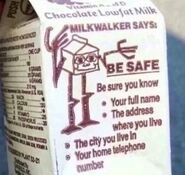 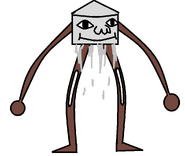 Chibi milk
Add a photo to this gallery
Retrieved from "https://trevor-henderson-inspiration.fandom.com/wiki/Milkwalker_Ambassador?oldid=152202"
Community content is available under CC-BY-SA unless otherwise noted.