Long Horse is a heroic internet-urban legend is a creature created by Trevor Henderson in 2018.

Long Horse appears to be a creature that has a horse-like skull without a jaw connected to a seemingly inexhaustible neck. A few strands of black hair are sparsely collected on its continuous 'body', which is apparently like that of elastic. It also creates cracking noises when bending its neck, which works like a finger. This allows it to create as few or as many joints as deemed possible. Its neck doesn’t have to connect in linear space due to its properties. Interestingly, Long Horse is known to smell like cinnamon, Yummy!

Long Horse was established as a legend when a picture of the creature started spreading over the Internet on the 24th of August 2018, when a user named Trevor Henderson published a picture showing Long Horse, with the description that the user had a dream of the horse beforehand.

Further on, another picture has been released of the creature by Trevor, where it appears to be in the suburbs, and he named the creature Long Horse. An ancient cave painting has also been found of the Long Horse around three humans, and in the description, it is revealed that Long Horse has been around since ancient times.

Interestingly enough, the ancient drawing depicts that Long Horse is the humans' protectors. He is purely harmless, and his goal is to warn humans of upcoming dangers. If a human hears a neck crack or sees the long neck of the creature, the message is that a disaster will occur, not because of Long Horse, but because of what will happen later on.

One more picture of Long Horse has been posted. It simply says, “a new sighting. he’s on the move”, meaning Long Horse is most likely going somewhere to warn the people in that area of an upcoming disaster.

it is actually friendly despite it's scary look and have a curious nature but is unknown how it displays it, it is considered as a human kind protector and warns them about future disasters, according to Trevor, Long horse enjoys treats, such as apples and loves affection. (Give it affection! Try petting it!)

Long Horse is able to foretell disasters and teleport, and it uses these abilities to warn others. It is able to break physics due to the infinite nature of his neck, and it can defy gravity and seemingly levitate. It can contort his body and adjust the number of joints in his neck, and the neck doesn’t have to connect in linear space. Long Horse can enter people’s dreams, and Trevor once mentioned that if someone were to stare at Long Horse’s neck for a while without looking away, it would eventually crumble into dust, which would most likely not affect Long Horse due to his paranormal nature. 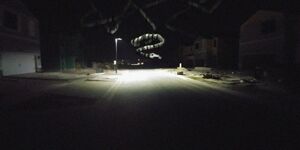 Long Horse saw a car while in road 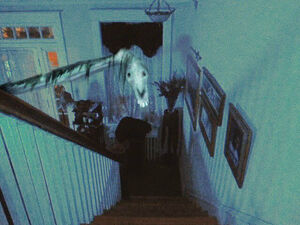 The first image of Long Horse. 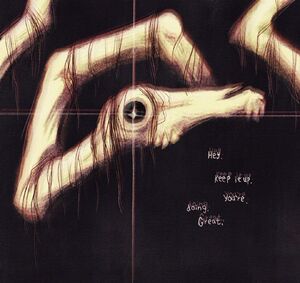 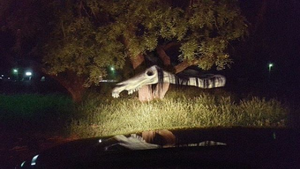 Long Horse around a tree. 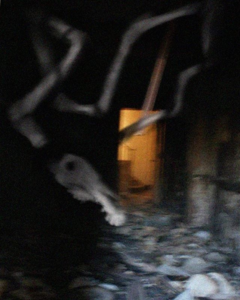 Long Horse in an attic. 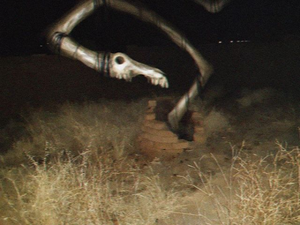 Long Horse emerging from a well. 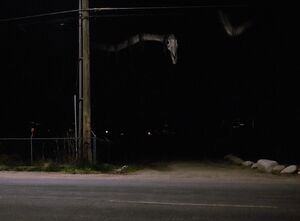 Long Horse around a electrical pole(?). 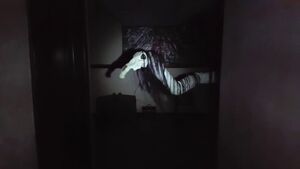 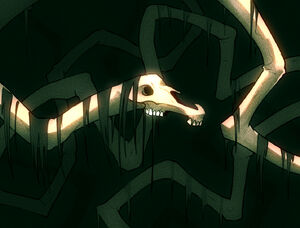 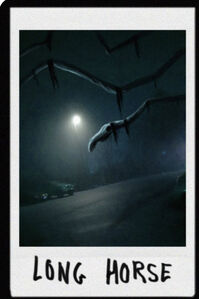 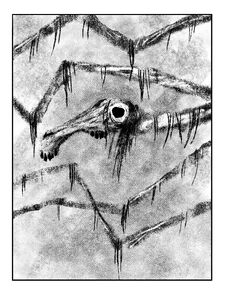 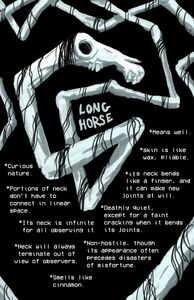 Various facts about the Long Horse.
Add a photo to this gallery

Retrieved from "https://trevor-henderson-inspiration.fandom.com/wiki/Long_Horse?oldid=151482"
Community content is available under CC-BY-SA unless otherwise noted.