Start a Wiki
Our community needs more information on this page! Can you help out? Click here to add more.

Country Road Creature is a creature created by Trevor Henderson. This creature is very ominous and creepy.

The creature from the country road is a humanoid creature with very long and thin legs, arms and torso. The actual growth of this creature remains uncertain, as its unusually long Perhaps he knows how to increase in size. He can clearly speak the human language. gait leads to contradictory measurements. 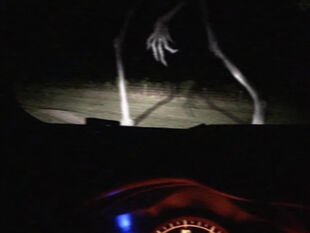 Country Road Creature walking in front of a car. 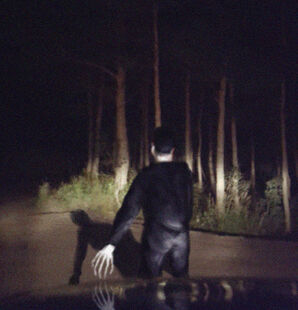 A possible photo of the Country Road Creature disguised as a person. 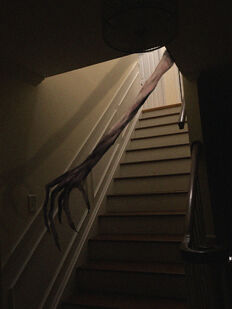 What is possibly the Country Road Creature's arm stretching down the stairs. 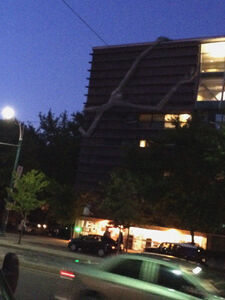 What is possibly the Country Road Creature scaling a building. 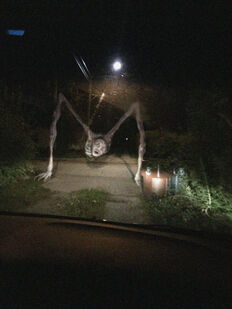 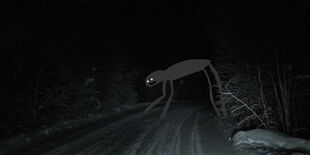 Country Road Creature in a Forest 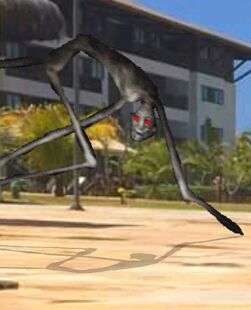 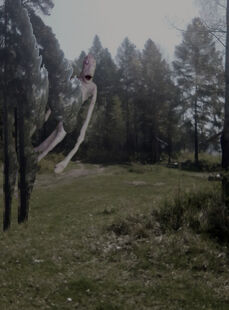 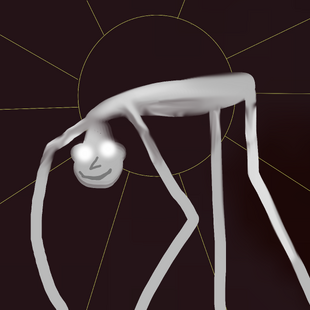 (This is just a hypothesis) On further examination of other photos made by Trevor Henderson, some Hypothesize that this creature can Shape shift, and uses that ability to hunt in isolated roads, by morphing into a human and acting as if it was a person hitchhiking, and if someone were to make the grave mistake of giving him a ride, some speculate from a similar picture it will try to lead you out of your car, by saying to wants to show you something, and if you follow him then he will probably turn back into his True Form right in front of you, and devour you.

Retrieved from "https://trevor-henderson-inspiration.fandom.com/wiki/Country_Road_Creature?oldid=152620"
Community content is available under CC-BY-SA unless otherwise noted.