White with no iris and large pupils

Cartoon Dog is a creature made by Trevor Henderson.

The pictures of Cartoon Dog depict two different variations of the creature.

The first image depicts the creature with a muzzle and floppy ears, which represent those of a typical dog shows in cartoons. The creature seems to have its limbs ''swapped'' (arms as its legs, and its legs as its arms). It is shown in a largely destroyed and abandoned house or building of some sort.

The second image depicts the same creature, but now the creature resembles Cartoon Cat, as its arms and legs are in the correct spot. However, the angle in which the photo was taken prevents the muzzle's length from being viewed. 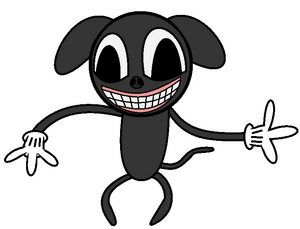 A chibi version of cartoon dog 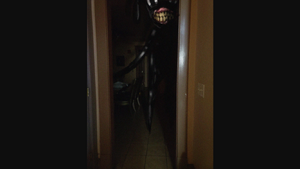 Cartoon Dog P1
Add a photo to this gallery
Retrieved from "https://trevor-henderson-inspiration.fandom.com/wiki/Cartoon_Dog?oldid=152226"
Community content is available under CC-BY-SA unless otherwise noted.